THE BABY’S DAY OUT

It’s in the title, the little one insists on me leaving the house, she does not care for a writer’s solitary lifestyle of which I’ve been accustomed to. My misanthropic endeavours have been thwarted by this cute, friendly eager being who smiles at every stranger, beguiling them with her enchanting powers! I find myself talking to strangers (usually other mothers) more than ever and nodding to passengers on the bus as my baby decides to act out a loud, hysterical monologue (god I love her).

This little being who can now pull herself up to stand, wishes to do so…all day long, starting from 6 am of course. We now find ourselves out and about stretching those new walking muscles! One of our favourite haunts is the Horniman Museum where she likes to look at the fishes & chat/chase other babies. I’ve even found myself in central London a fair bit; Trafalgar Square, the National, etc  (you know how much I hate central London) but she adores the bustle, but like me, she can only take so much of it and begins weeping (like mother like daughter) . I love watching the little cogs in her head whizz & whirrrl, sometimes I catch such a spectacular  “pondering” expression that I become more in awe of her. I try to imagine what it’s like to see everything for the first time, like the crazy street dancers we watched outside The National or her daddy spinning a huge globe at the Maritime Museum to which she screamed “ooooohhhhhh!!!!” Repeatedly.
I hope you’re always amazed my little one. It’s a good place to be. 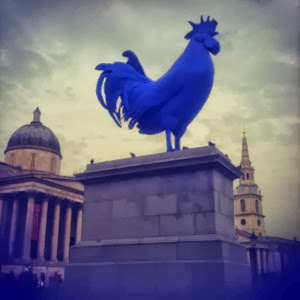 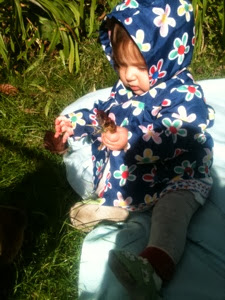 Our play time in the garden, where she attempts to eat everything…yay. 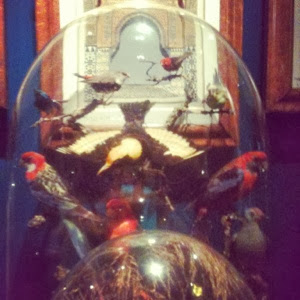 One of our many visits to the Horniman Museum , The Centenary exhibition is my fave. 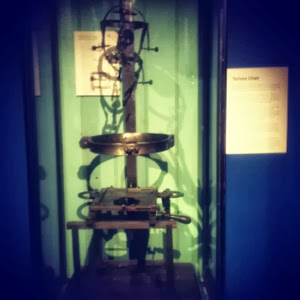 Torture Chair used during the Spanish Inquisition, I dare you to look at this in person & not get a shudder! 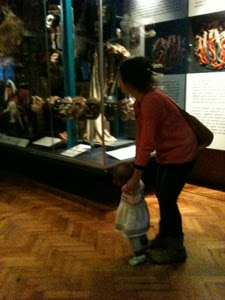 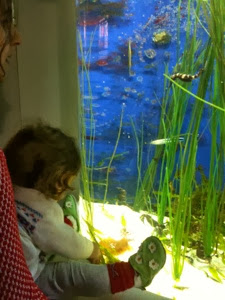 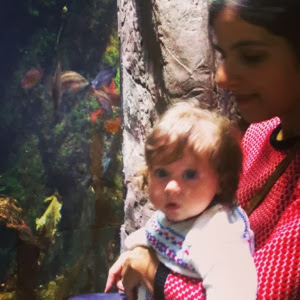 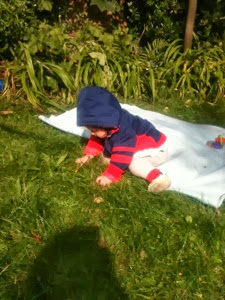 More garden play, that coat belonged to my cousin, then me, then my sister , and now my little one!! I hope it doesn’t fall apart in our hands! Oh the shame! 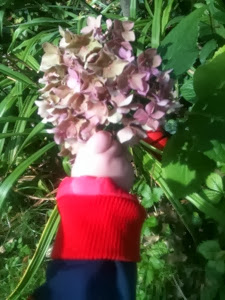 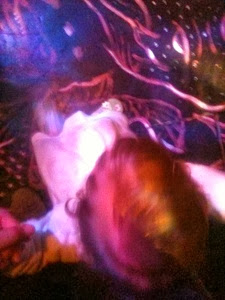 Funny little disco corner in the Horniman Museum’s Amazon exhibition… She loved the lighting! But not the rest of the exhibition, it’s not very baby stimulating and was too scarily dark for her. We also had the entire exhibion to ourselves! 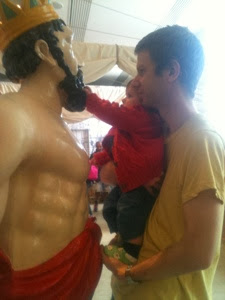 At the Maritime Museum in the children’s bit, I wish I had a picture of the globe oooohings and ahhhhhings! 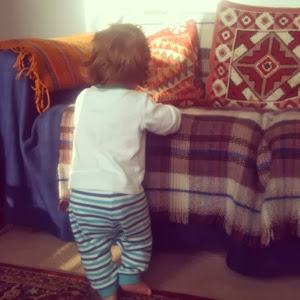 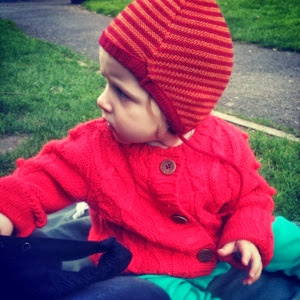 …except when she’s sitting once she’s found something she wants to eat off the ground
Watching all the kids play, it will be your turn soon kiddo, don’t you worry!
In other news, I’ve requested a sewing machine for Christmas with thoughts of making her a little patchwork, also I might suddenly be capable of all sorts…it’s not going to sit in a corner collecting dust… Is it? Is it?