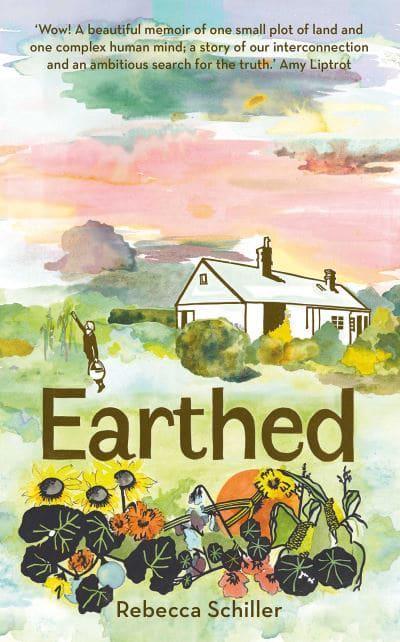 For a long time, I was obsessed and convinced that the answer to all of my problems would be a change of scenery; the exchange of city for country. My blog, as it was called back then was rife with city claustrophobia. Too many people pounding the pavement, too much traffic, excessive noise in every aspect as we lived on top of each other in terraced houses, I no longer wanted to be able to hear my neighbour sliding her wardrobe open or sexual endeavours. I longed for nature. For roads to be exchanged for fields, for simplicity. To be left alone with nature, to commune with something else other than the human species. I dreamt of growing my own vegetables and medicinal herbs then owning a smallholding with my own plot of land, is this starting to sound like a familiar dream? When we did indeed leave London for Kent, leaving behind family during a bleak winter, I felt alone. Yes countryside was all around us and I finally had my own garden but soon I realised and documented in my diary that, I had indeed changed the scenery but  I hadn’t  changed me. I had the same worries and anxieties but with a prettier setting as a backdrop. This is a familiar theme that runs through Schiller’s beautiful, emotionally evocative telling of her life when they moved to a smallholding in Kent. Earthed is not a “how to” account on country living or a handbook on how to grow your own. What it is is a psychological and metaphysical exploration of the self, of place, the failures of an overworked mental health system and the isolation of mental illness. In many aspects it is a close look at the human condition, at Schiller’s condition which has been a part of her for her entire life but took a number of severe break downs to finally have a diagnosis as an adult, during lockdown.

The first clue that rural life is anything but an idealised landscape painting occurs when Schiller attempts to harvest their first dinner from the plot, she writes ‘ Our first meal in our new life would be a ritual dinner, a gift from the past,’ but the leek does not yield from the earth with ease. Its roots are firmly entangled beneath, challenging Schiller in a battle of tug of war, Schiller writes,’…this was all going to be much harder than I thought.’

The reader is immediately plunged into a wonderfully realistic portrayal of motherhood, her in depth honesty and openness is reassuring and familiar as she stands over the bin with a handful of her child’s regurgitated weetabix. This is juxtaposed with the view of the land which is an image of quintessential English countryside but we are thrown off the path, in one moment we are looking out at fields and hedges then the next we are invited to a darker side, the side of prey as an animal stalks through the forest but this is a story she is telling her child. This is not the first time we are taken on a bumpy, erratic and somewhat dizzying read.  There are many ahead, enough to drag you through every emotion in the human psyche as Schiller interweaves a number of timelines of the people past and the land from another time.

If Lockdown has taught anybody anything, it is that nature is medicine; Monty Don has vehemently proclaimed that gardening has helped him in times of depression and doctors even prescribe community garden clubs. The concept of a simple life, little possessions and nature as cure had been a clear message for a long while but lockdown during the time of Covid had people plunging their hands into the soil. Schiller writes about having little money but seeds are a ‘…cheap dopamine fix.’  There is a sense of immediate gratification and distraction when tending the earth as your mental exhaustion is pushed away by physical fatigue but there is something about our author as she flitters one way then the next, as she swings from a tree reaching one world to fall to earth with a bump. There is a tipping point where Schiller experiences an implosion and then a violent eruption which cracks her open. When she reaches out to the health service and tries to be taken seriously her score on a questionnaire falls short by one point for immediate help, Schiller has to find ways of hanging on, until help arrives. Many people don’t make it through this period. During this period of limbo, Schiller focuses her energy on the garden which she had vandalised during a moment of distress. The plants that she thought she had damaged begin to revive unlike herself.

Time and history become an anchor for Schiller as they hold her the way the roots of an oak wind through the ground. She delves into the land’s history and the people who would have walked it. It is another form of distraction yet this connection to the past also offers comfort.

Earthed is soulfully and honestly written. Its rawness and insightful examination of the relationship between mental health and nature is perfectly delivered. The desperate search for a place within the land around her and the missing pieces of the puzzle leading to her ADHD diagnosis is being found one piece at a time but the land is as fickle as human nature.