Wintering : How I Learned to Flourish When Life Became Frozen by Katherine May 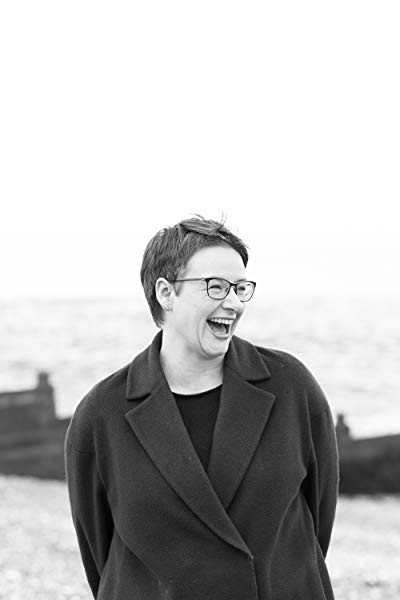 Wintering : How I Learned to Flourish When  Life Became Frozen by Katherine May

Losing hope and entering a well of darkness is an emotion that is common to all of us. It is not something we experience once or twice but on numerous occasions throughout our lives.  For some the depth of despair is deeper than it is for others. The frequency too varies but it exists and is mostly unavoidable; this is the human condition and in a way can hold the function of righting a wrong. This is what May calls “wintering.” Our complexity knows no limit. For most of my young adulthood until possibly a year ago, this despair took a hold of me in what I can only describe as a death grip. When something went wrong, I was ready to give up, pack it all in, adios, sayonara, arrivederci. So many times I have found myself sabotaging a plan or hope I’ve made in order to avoid the soul crushing inevitability of failure. Again, a behavioural pattern known by most.

We aren’t discussing the “glass half-full or half-empty” question; we are talking about the waves of life; the tidal ones as well as the calmer seas. Nothing is linear, even time has an odd way of jumping through memory.  Whether you are a self affirm-er or not, it is unavoidable to fall into the chasm of “I can’t- I can’t- I won’t.” For me, it was motherhood that slowly hushed the voice singing this chant immediately when something became what I deemed to be unbearably hard and therefore impossible.  It’s not entirely gone as it is what one would call a work in progress. Having children made it harder for me to give up so easily. It’s quite a weight once you become entrusted with the position of teaching resilience even if you lack it or ‘problem solving’ when your first reaction is to thump a mechanical object when it doesn’t work. A very definite brain re-wiring needs to take place.

May believes that we ought to embrace our Wintering moments far more than we avoid or curse them. We need to accept them as part of life and we don’t have to be happy and contented all of the time. It is okay to hold negativity and not feel like a failure when we experience it. During such moments in life when I feel like giving up, I begin to tell myself ‘I need to find a way out; I need to ride this out.’ Visualising what the other side will look like helps. Remembering other hard periods that you’ve stuck out and survived also helps immensely. The key word to May’s wintering is survival.  Whilst it is a about embracing and accepting darkness, it is a book shrouded in hope.

Trials and tribulations are overcome throughout the book and a form of metamorphosis occurs when wintering. Nothing ever stays the same. In one instance, May tries to seek a remedy for her health by the power of sauna in the chapter “Hot Water” which results in a fairly dramatic moment in which we find May nearing unconsciousness lying on a tiled changing room floor, displeased and panicking at the state of her partial nakedness. The heat may not work out for May, but the cold does. In fact, it is the cold in which May finds herself being called to. She writes, “Encountering the extremes of cold drew us both into the most clichéd space. The moment, forcibly pulling our minds away from ruminating on the past or future, or tilling over and endless to-do list. We had to tend to our bodies right here, right now, ever watchful that the cold would not encroach too far.” In the end, she finds revival and peace in cold outdoor swimming where the sea brings friendship and weightlessness.

When we think of wintering we think of closing down; slowing down, battening down the hatches, literally and metaphorically in a physical and mental sense. Most of us add layers the way animals do to survive winter if they do not migrate. Maybe we all have a bit of the wolf in us trying to fulfil an innate hunger against January’s Woolf moon. The chapter “Hunger” is fascinating as it de-mythologises the nature of the wolf. Returning once more to the human world, our bodies slow down and feel the pull of sleep, not too different to an animal that is able to hibernate in order to survive. She writes about the calming magic of a silent house in the early hours. They are secretive and held only for you. Although we are often led into such moments of comfort, she is not romanticising life but capturing its true essence. We naturally seek reassurance and comfort in moments of solitude and darkness. There is a beauty in wintering.

For many, particularly those that suffer from SAD, winter is a season that brings on a struggle that only resurfaces with the lack of natural light.  What about all the unnatural light around us in our bedrooms beckoning us to tend to its wants and needs pulsating through the darkness? We read articles about abandoning electronic devices upon entering the bedroom; that sacred space of intimacy, of rest, of prayer but that ravenous phone continues to call out and vibrate like an unrelenting siren until we disable it. How many yield to the device that allows you to scroll through instagram into the early hours shrouded in aesthetics you cannot achieve and if you can, what will be next? We are disrupting out circadian rhythms. We are the masses led by the flashing light where  sacred moments are taken and replaced. May writes, “There is not enough night left for us. We have lost our true instincts for darkness, and its invitation to spend some time in the proximity of our dreams.”

Each chapter leads seamlessly onto the other akin to the way seasons do. In fact, the book is sectioned in months from September till March when the song of the Robin heralds in a great seasonal shift. The changes that take place throughout the year tend to be slow, gradual, a form of unfurling and before you know it, you are standing in daylight at five in the afternoon, then six. Birdsong fills the air earlier in the morning and late into the evening. Spring has arrived.

This is a superbly written book which can be read outside of the winter season as the essence of it lies in the many winters that encompass our lives. We can learn a lot from May by returning to this book repeatedly, I know I will be.