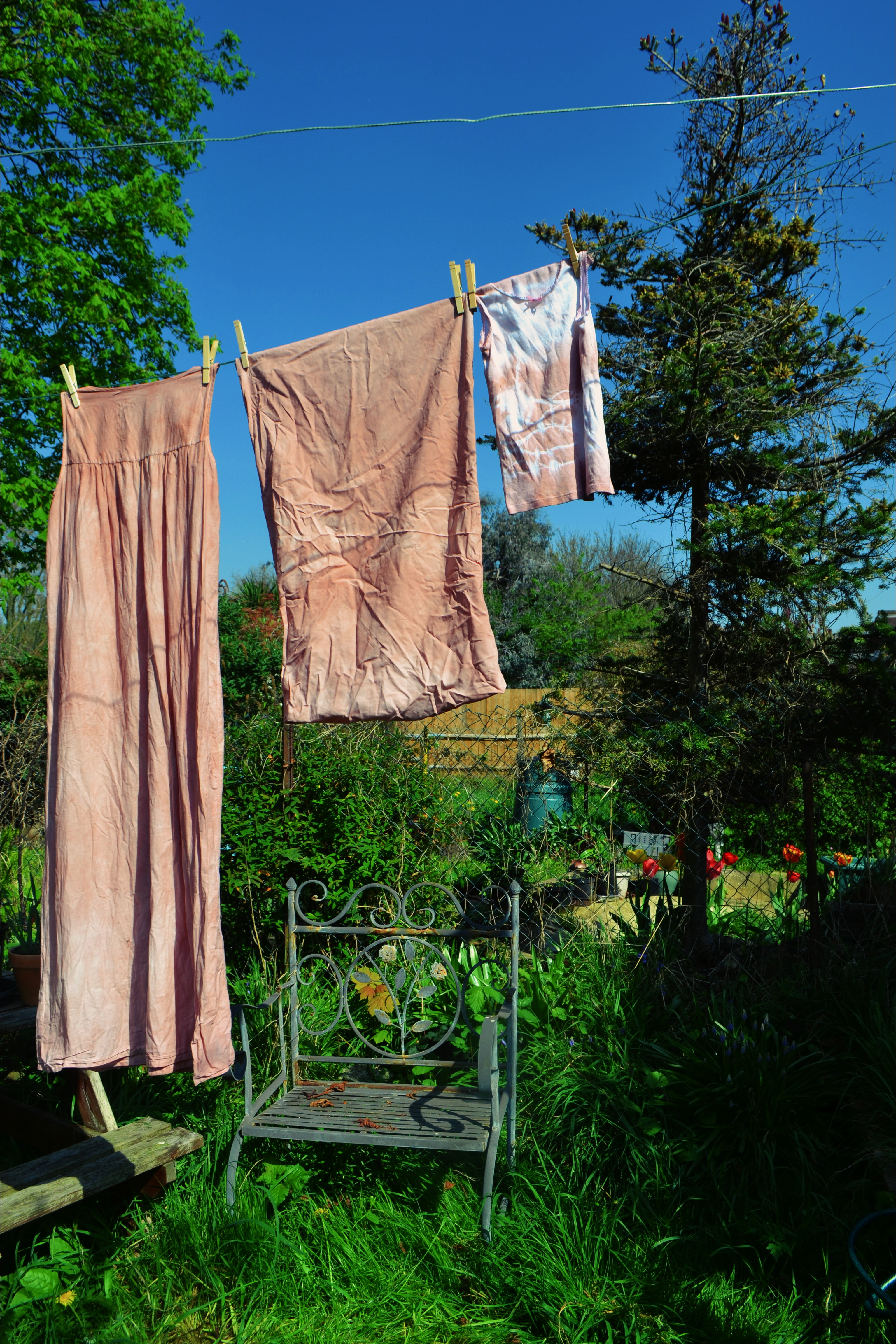 My mind is buzzing with ideas. It’s not constant but when ideas for writing arrive they bombard my mind, flood me and overwhelm. It’s as though I’ve been buzzing along on a specific frequency and suddenly start feeling a shift, like short wave to long.

So I’m going to just go ahead and start writing before the radio/ transmitter I obviously have in my head starts doing strange things and I forget to write at all. There have been posts that I had planned on thumping out on the computer and for whatever reason or the other; my fingers have not made it to the keys. I also find myself not writing because there are so many extremely competent bloggers out there who captivate many a reader’s mind and I worry there may be no real space for my own. But I’ve never been about the numbers and I’m not going to start fussing now.

I’ve been meaning to write a little about slow living or maybe more importantly to me intentional living. What it means to me, how I approach it or wish to and may fail to, but I have a number of posts lined up to address it. I have done since March!

So here are the other terms you may be aware of: simple living, intentional living, daily rhythm.  I had to stop myself from hash-tagging those like you do in the world of instagram! After reading The Year of Living Danishly by Helen Russell (more on that in another post) I wanted to put more effort into this concept and convert it from an idea about an ideal and make it a way of life. I don’t find it easy being present or mindful not with my fiery brain and highly emotionally-charged-bonkers-self. So what does one do? Well set oneself up with a challenge. To change. I don’t mean to do this by eradicating my authentic self but maybe calming it a bit down. Over exhaustion from mothering and not tending to myself has meant my reaction to my children can be totally ridiculous, one in which I am the bigger kid. I found reading Kim John Payne to be  a lifesaver. More on that later too, I hope.

First thing I did back in March as spring awoke many of my senses was to overtake tasks that I felt grounded me, that slowed me down.  Anxiety and that horrible sense of being trapped on the inside can feel like you’re floating high and away from everything whilst looking down from a horrible dizzying height. My mind was too tired to create and I therefore turned to my hands. It distracts me from the plethora of questioning –second guessing –over thinking of thought that overwhelms and stunts. I always turn to my hands albeit in the garden or a small crafting project. 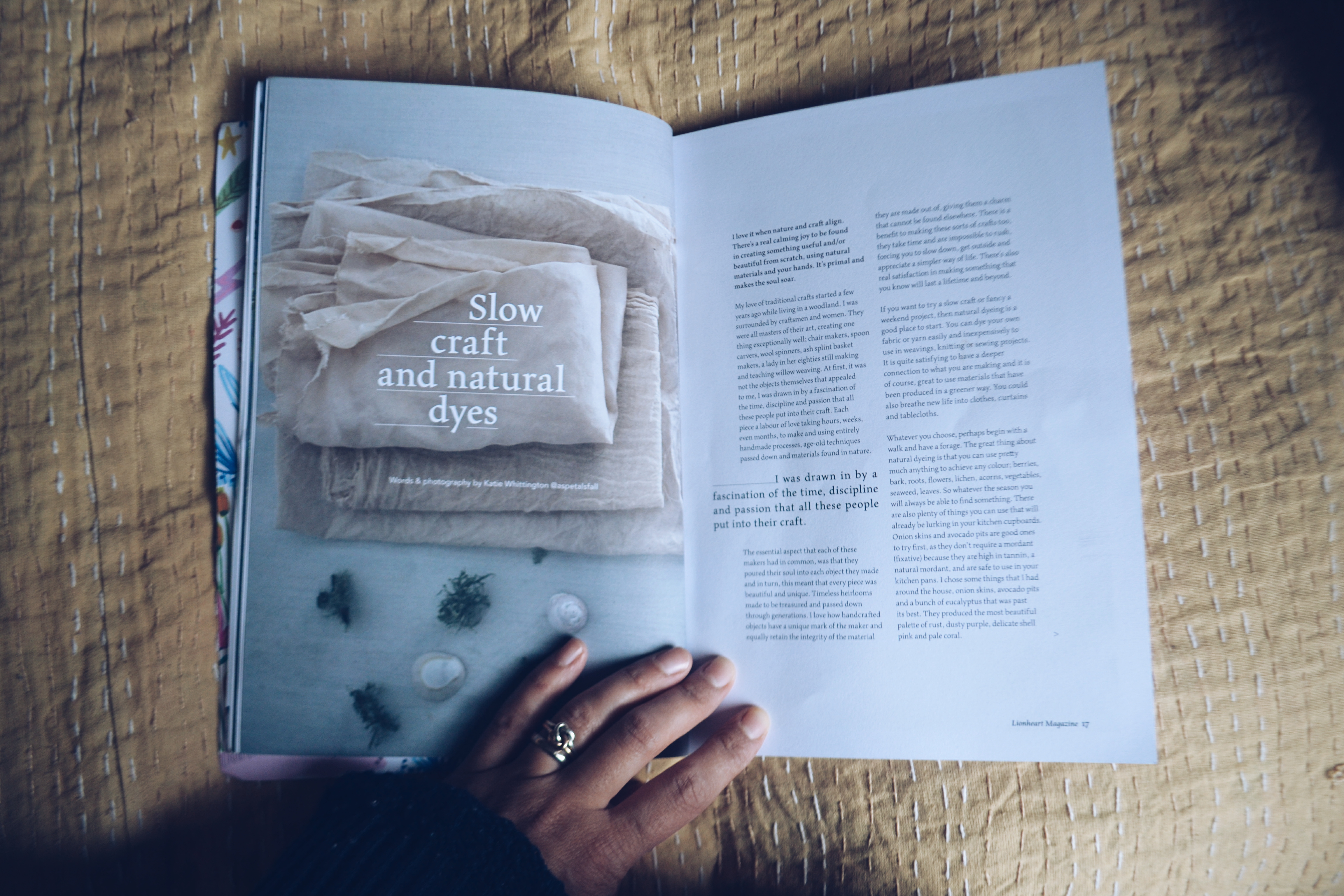 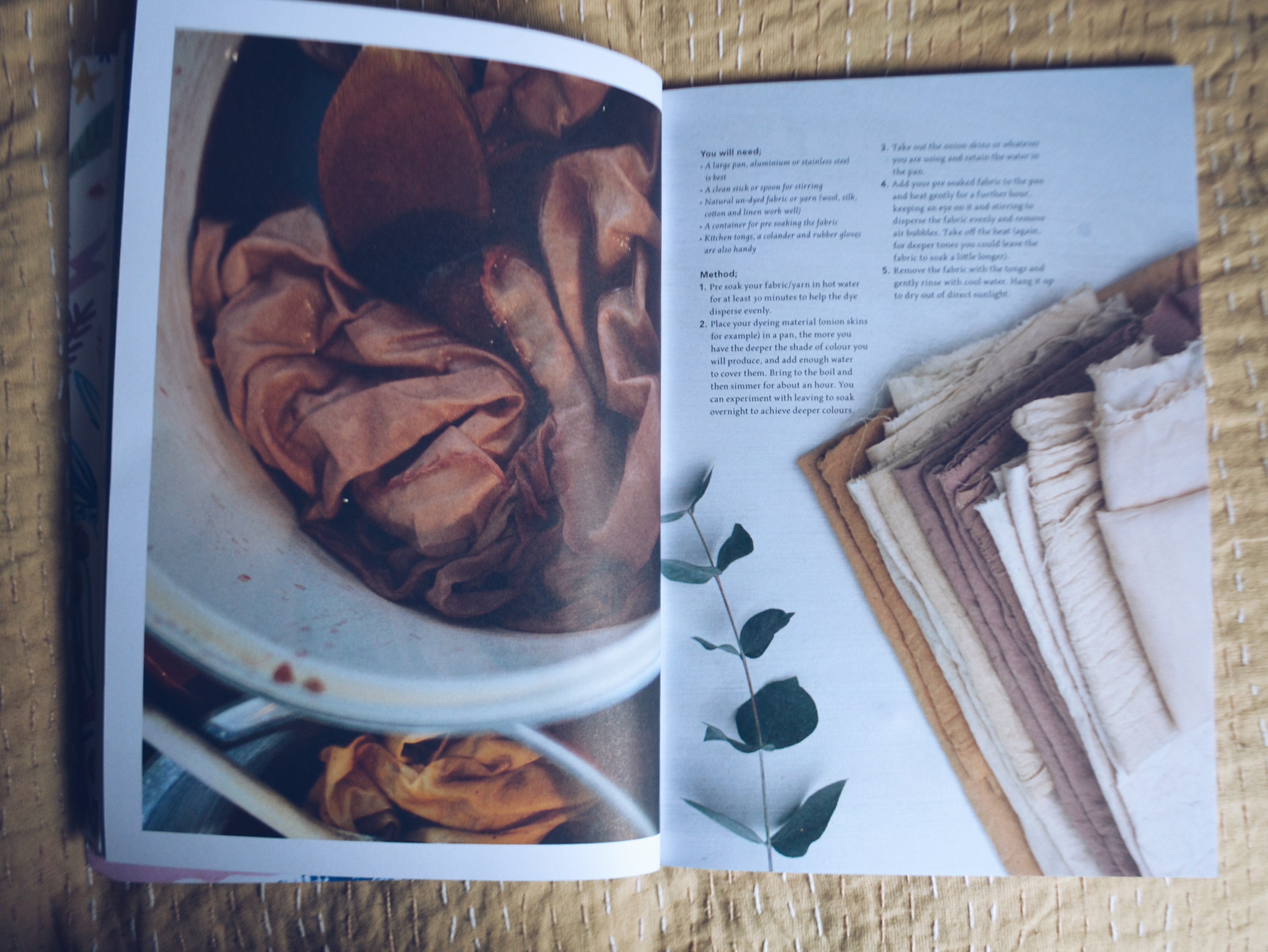 I had read a lovely piece / tutorial in Lionheart on dyeing by Kate from As Petals Fall but never had a chance to do it until I remembered it quite a while after. I was fed up of putting everything off because it was too difficult with children etc. There are so many mamas around me showing me that it can be done such as Julie Letowski from Homesweethomestead (instagram), Meagan from Whole Family Rhythms or  Michelle from Dancey Pants Disco to name a few. It’s when I get tired of staring at instagram or roaming around blogs wishing I had the energy or drive to do something, anything other than putting yet another load of washing on into a washing machine that works only on the 44 min cycle or listen to the kitchen tap drip because it has been broken, again, for months. There has to be more. So when I saw this tutorial it felt like it was my chance to connect with my other self. Damn it sounds so silly, so simple so bloody la-di-dah but it meant something.

I saved those damn avocado stones, I rubbed the mould off them as I accumulated one-then two- then three- then four and so on until I had as many as I felt right. I planned on making a big batch to put into the cauldron we had used for batch cooking in the early just had a baby days and I boiled them and boiled them watching the water turn almost crimson. An old yellowing nightie, two pillow cases a pair of pants and one of my daughter’s vest bound by twine to make a tie dye. I flung them in, my daughter watching in bewilderment-it was alchemy. Look what these avocado stones can do.  Look at what nature can do. And stir and stir and steep. I think you’re meant to take the stones out I said out loud as I stirred the clothes and soaked for a day but I wanted all the colour, all of it. 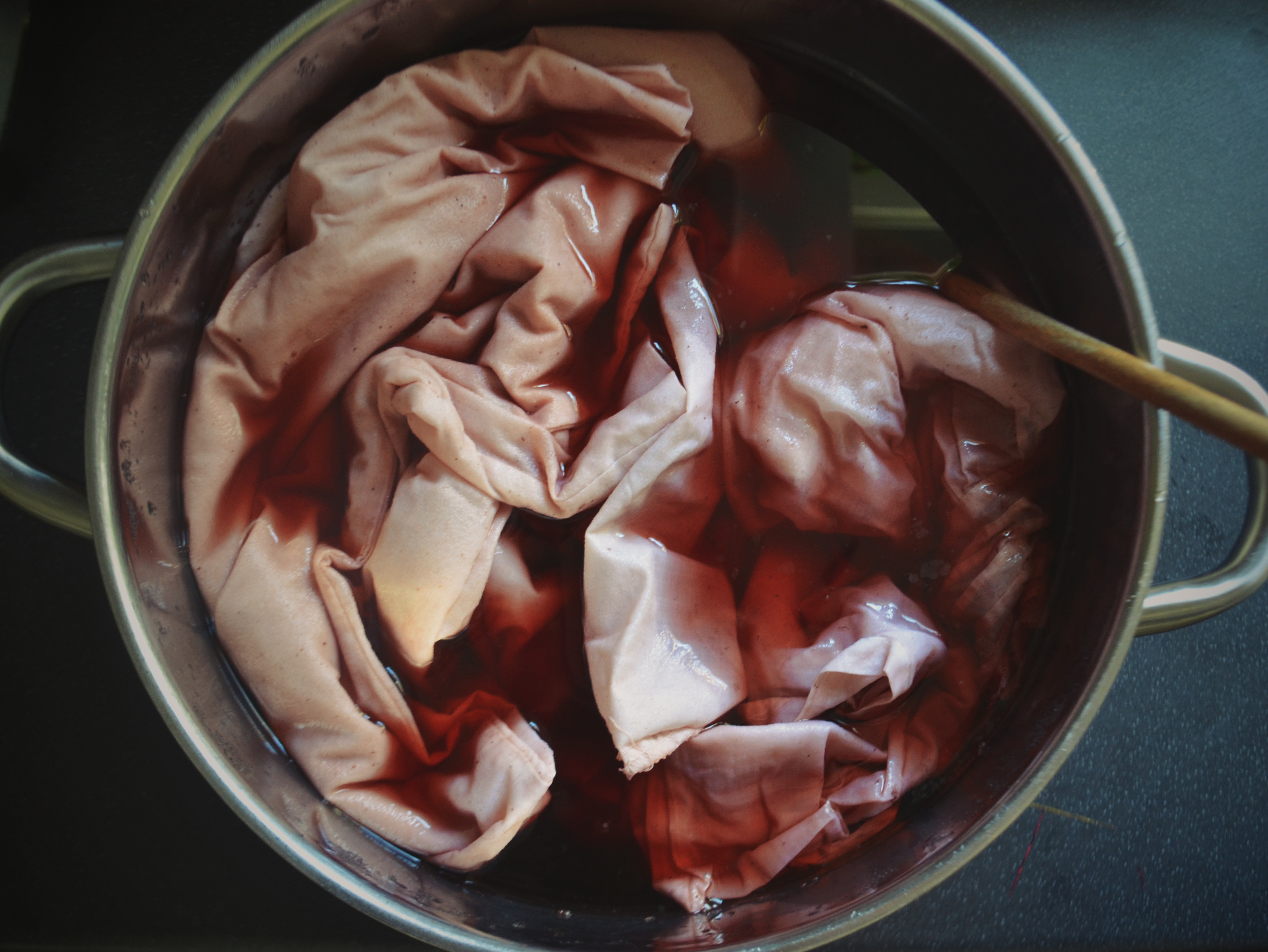 I should have removed the stones, they left their half globe like prints on the garments. I should have put less in the darn cauldron too as they streaked from lack of space but they came out beautiful. a dusky pink I had no idea I liked.

I felt satisfied. The anticipation. The slow transformation within the entire process. A step closer to the person I wanted to be. A mum who is going to tie dye your undergarments. A mum who can create more than your beloved spag bol. I do love watching her eat my spag bol. But I took the time to do something that made me feel good without feeling guilty.