BIRTHING LITERATURE : HOW TO GROW A BABY AND PUSH IT OUT BY CLEMMIE HOOPER 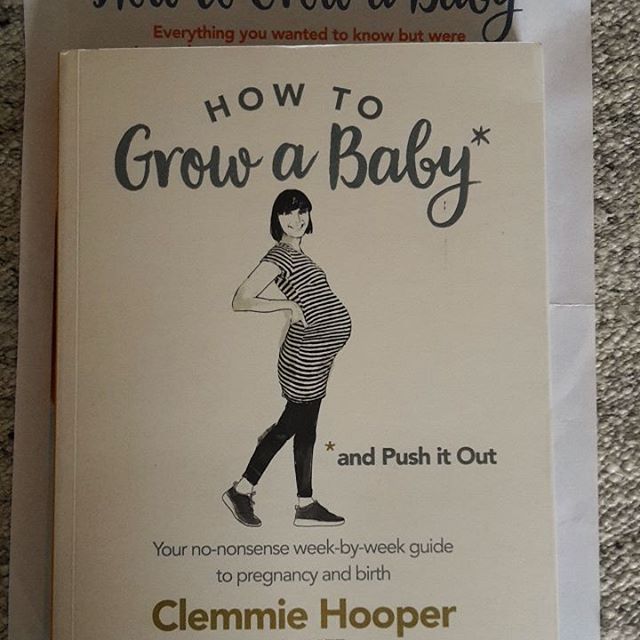 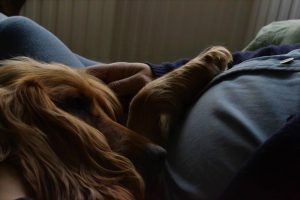 Once you overcome the initial shock of finding out you are pregnant whether planned or not, there is much excitement.  Intermingling with this excitement soon after is anxiety and fear. There is worry over whether you will hear that heartbeat at each scan, whether your baby has formed healthily and then the worry over what kind of parent you will be. Whether you will be able to cope with one of the biggest changes in your life whilst envisaging the magnitude of the responsibility ahead. For most even through the all day nausea; heartburn, sciatica, carpel tunnel syndrome (yes, I experienced all in my second pregnancy) the changing body is without a doubt, miraculous. How clever the body is with its elasticity and its capability to house and grow another human being. Even now, I look at our four year old and am still dumbfounded by the fact that I grew her within my body. I don’t think this feeling ever really fades.

At each stage of pregnancy, you are told by your midwives, doctors, mobile apps, blogs and books, exactly what is going on with your baby and your body. You in fact become obsessed with wanting to know the size of your baby or at least which piece of vegetable or fruit they are the size of, only to furrow your brow when you discover your baby is only the size of a kidney bean. Then how in the world does the bloated belly you see before you appear more like a small pumpkin?

It is however, easy to feel at times as though you are a faceless mothership in between blood tests, blood pressure checks, scans with unpronounceable names and belly measurements whilst having lists of things you shouldn’t do or eat whilst carrying this life inside. We may be given the same advice but each mother is an individual woman and the way in which they desire to carry out a pregnancy and the subsequent life that follows ought to harmonise with the woman’s ethos. 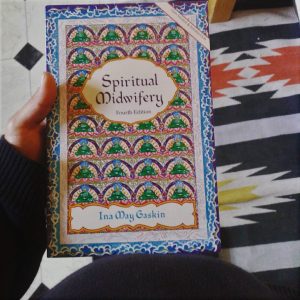 When it came to plunging in and studying the available literature before both my children were born, I decided to go down the hypnobirthing route. Of course I devoured the standard NHS literature handed out in the hefty bounty pack but what I eventually turned to was natural birth. No I wasn’t sitting cross legged trying to open up to the universe and allow positivity to flow through mine and the baby’s body … all the time but I mostly read the likes of Ina May. She normalised all aspects of birth and taught the woman to breathe and embrace what was natural. She taught the woman to trust her body and the women that surrounded her through labour.  I was somewhat bewildered by nipple tweaking but even Hooper mentions this so there is a truth to it.

I brought up the idea of a home birth to the husband but he immediately made it clear he wasn’t comfortable with it, particularly after possibly losing me to a dangerous ectopic pregnancy. It was important for us to both be on the same page in this.  In the end, it didn’t even matter as it wasn’t even a possibility due to that previous experience. Underlying health issues also dictated the birth so it was destined to be in a hospital after all.

I felt emotionally torn and utterly robbed of what I desired.  On one hand, I longed for a doula (pricey) and no medical intervention but on the other hand, I knew I would have to be in a hospital setting with a monitor attached (second pregnancy due to caesarean in the first pregnancy) so I had to find a middle ground. I found a compromise by incorporating hypnobirthing techniques and an Ina May style type of mentality with literature provided by the NHS and the Kitzinger book on pregnancy and childbirth. With these two very different mentalities, I merged them and it saw me through labour which unfortunately ended in another caesarean but these techniques can still be used during a labour with heavy intervention.

It was Clemmie Hooper’s blog Gas and Air which I devoured during my first pregnancy. This was before the blog became bible-esque to many women and before instagram fame took over. Should instagram fame even be mentioned? Well I only do so because not only is it mentioned in her press release but it has been referred to in a lot of the negative and positive feedback she has received.  One of the book’s criticisms is that the book claims to be a week by week guide when in actual fact it isn’t and that is fine, there are plenty books and apps you can read alongside this book which will offer such information. It should probably simply not state otherwise.

The book is heavily based on the midwife/writer’s own style and approach to pregnancy and birth therefore creating its own subcategory in the subject of health. It falls into a number of categories from pregnancy and parenting to health and lifestyle but also autobiography. It is the latter along with the concept of style that has repeatedly surfaced in a negative context.  Do we not like looking at beautiful things? It’s not shallow, our eyes long to fall upon something that satiates our senses. Along with nature and art, instagram and beautiful cookbooks accomplish this too on a daily basis. It is however a very new concept for a book on birth and possibly one of the first of its type. It is rather visually pleasing but is that really enough for a mother to be? That’s where reading multiple pieces of literature on the subject becomes useful.

Positive affirmations fill the pages, reminding the woman that they are strong enough to endure birth and motherhood. These continuous affirmations may or may not have been done purposefully but their repetitiveness has a calming effect.  As well as this rather encouraging aspect of the book, its in depth information on the stages of birth are exceptionally helpful. This is where Hooper’s midwifery experience excels itself. There may not be enough information on breastfeeding and other complications that may ensue during the very complex process of pregnancy but the stages of birthing really stand out.

This book will be enjoyed no doubt by the modern woman, one that is somewhat stylish, sociable and not afraid to put their own mental health first which isn’t so easy in motherhood. What Hooper offers, is a friendly, familiar and professional voice, one that everyone knows from her blog and instagram.