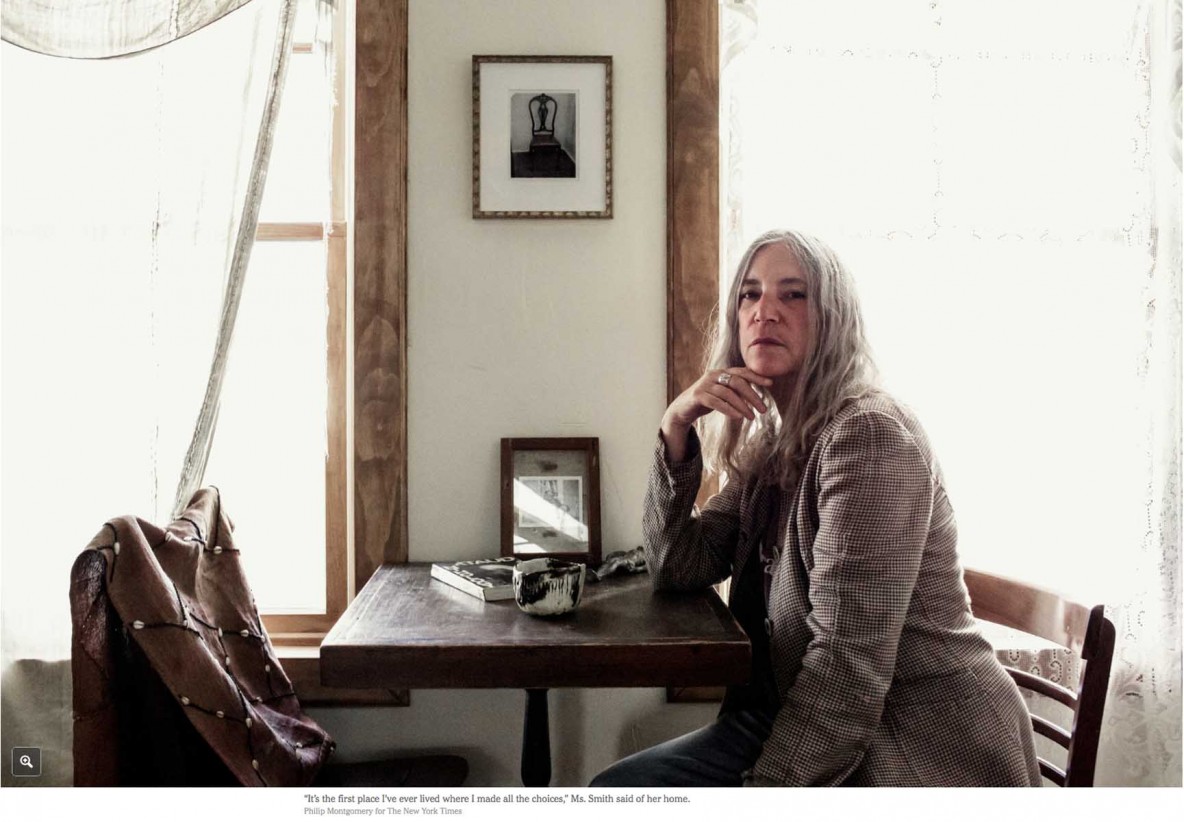 Smith opens with a dream, a cowpoke tells her “It’s not easy writing about nothing” and this ethereal message haunts her throughout the day. Smith takes her dreams seriously; they guide her, inspire her and reveal truths so it is not out of the ordinary for her to take on a challenge presented to her in her dream. Although she sets out to write about nothing, we soon find ourselves in the mesmerizing labyrinth of Smith’s incredible mind, exactly where true Smith fans have longed to go.
We are guided through Smith’s everyday life which is filled with writing in cafes; sitting on her stoop with a much loved cup of coffee, feeding her cats, travelling, photographing graves watching copious amounts of Law and Order as well as British crime dramas and obsessing over Murakami’s The Wind-up Bird Chronicles. One is immediately reminded of Woolf’s Mrs Daloway which at first appears to have no central matter but as Woolf enters her famous style of stream of conscious method, the real story is revealed as is Smith’s.
This is the real life of Smith. It is through rambling thoughts and the very physical act of rambling that the reader is taken from reality into dreamscapes and memories following an invisible seamless line, a lot like one of her earlier works “Wool Gathering”. Thoughts switch paths, go off tangents but then suddenly join at a tangible point that continues on to reveal that you were on a set route after all, that you weren’t in fact destined to be stranded in the middle of nowhere. One of the greatest aspects of boarding Smith’s “mind” or “memory” train is you know it’s going to be a tip worth taking.
Smith’s writing is visceral as she exposes her loneliness, especially as she recounts the loss of her beloved husband Fred Sonic Smith too soon. She exposes a gut wrenching moment many years after her husband’s death, on an airplane where she begs her husband to return, how she would do anything to have him back again. She writes of her grief, how she was unable to get herself out of bed and depended on the guidance of her brother who promised her he’d help raise the children, only to die himself not much long after.
Many readers undoubtedly picked this book up in the hope of reading a follow up to her incredibly well received Just Kids but this is far from the accounts of her early life. Yes, she is the same dreamer and Peter Pan like figure one reads of in her previous memoir, but this one burns with raw emotion and exposes a true vulnerability that can only strengthen your adoration for this woman’s strength, creativity and love of life. It fulfils our need to know even more about the creative’s life and doesn’t fail.