I’ve  succumbed to the Green Finger disease. The one where you obsessively rifle your way through seed catalogues, gardening suppliers, Alys Fowler books and blogs and that’s not enough! I’ve been writing lists of  what I want to grow, scrap it and write it out again with gardener’s haste. In a split second, I find myself ordering a plastic greenhouse, in the next, it is up with a cucumber plant rooted at it’s base with a trellis made from cane to climb. Lettuce has been laid out among rosemary, thyme, horse radish, oregano and tarragon. I won’t mention how I nearly cried when I was told at the garden centre that they were fresh out of Hellebores’ or how I sowed sprouting broccoli seeds into pots and tried to put them in the bathroom window only to drop them; smearing dark, wet, smelly mud all over the toilet, the floors, the door, the ceiling and the wall and laundry meters beyond the door…I’ll return here later.
Writing & motherhood has been on my mind for a while now, for a good year or so in fact , it’s inevitable. I imagined myself sitting at my desk, churning out beautiful streams of writing whilst the baby slept in her bouncer beside me. In reality, the said baby never took to her bouncer & won’t sleep anywhere else except my arms. If I’m lucky enough, I can move her quickly to a makeshift bed in the living room where I will type quietly beside her. I’ve learnt not to waste time, to seize any given opportunity as if it were handed to me by the gods and I work without procrastination which usually takes on the guise of twitter… 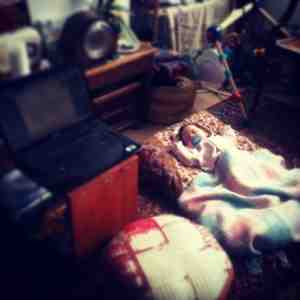 I’ve written about writing & motherhood a number of times and I’ve tried to focus on strong female writers who have struck the perfect balance and for me, Patti Smith and Barbara Kingsolver are the ones.
It really is hard to find strong, successful female writers when ones favourites are the likes of Woolf,Murdoch, Oates and et al which is why Kingsolver who is a writer a mother, a wife, a gardener & an advocate of greener living stands out as a pillar of strength! I’ve excluded male writers because its rare that they have to put their writing on that so called back burner to raise children. Male writers may have an enviable distance and quicker recognition but they lack an enrichment in their writing , and are very rarely able to bring children to life in their literature, a lot of the time they actually bypass it…
I’ve been reading extracts from Rachael Powers The Divided Heart; Art and Motherhood, particularly interviews with writers and it is Powers’s interview with Brenda Walker that really struck a chord with me and exuded the most confidence & level headedness. If there is one thing that I’ve noticed since becoming a mother, it is that it’s so hard to wallow in self pity for long because I look at my daughter and she immediately smiles back and melts away any upset, anger or worry. It’s as if with the furrowing of her brow and her crooked little smile, she is saying “why are you being so serious mum? Play with me” . And so, I find myself laughing at myself, I laugh a lot and look at situations and finally see their comical elements. Although my writing is far for being in full swing, I know that she has already enriched  my well of creativity.
She has bestowed a strength in me I thought myself incapable of having. This strength may come to others in different forms but for me, it is my daughter.
Here is a brief extract with Brenda Walker on p255
‘When I see any woman with a child I think, by definition that woman has such a deep reserve of patience and decency and generosity- she has to have, for the child to have survived it’s first year. So every woman in every shopping mall seems to be a pretty remarkable person  if she’s got a baby with her, and this prevents you from feeling that artists are in any way special… I can be pretty sure that a woman has really rolled up her sleeves if she’s got a baby on her hip’
It’s hard not to look at other mothers and  simply know that they are indeed extraordinary creatures. Creatures that wake up a thousand times at night to feed, and raise in the morning with some unfounded strength and continue looking after their little one. Somehow they find the ability to rock their crying baby to sleep which can take hours and once they’re asleep to have them woken by a nuisance phone call and have to start all over again. Somehow they find the ability to  smile at their sick child as they hold them tight, hoping that that smile somehow lets them know its going to be ok, all the while, your heart is breaking over your child’s pain.
She is why I work hard; hard in my job that allows me to write & hard in the garden which I hope to share with her one day. I want her to be enriched in every way possible so she is  able to reap from it an sow once more. 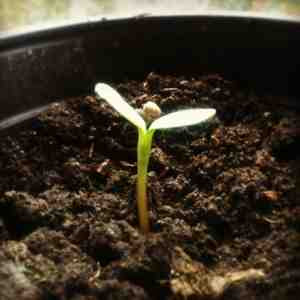