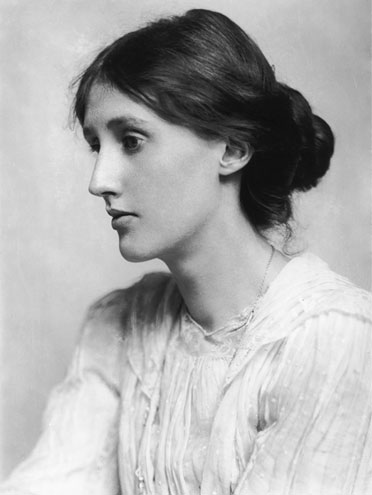 Literature │A Voice through Time
Virginia Woolf’s The Years
(published in “Avrupa” newspaper)
The Years was going to be something new; it was going to “…take in everything, sex, education, life etc and come with the most powerful and agile leaps like a chamois, across precipices from 1880 to here and now”, wrote Virginia Woolf, and this, she certainly achieved. As I edged closer to the end of this novel, my fingers gripping to the pages, hoping that it was not going to end yet, even after 410 pages or so, I knew that it was going to have to. As I put the book down, I let out a sigh; it was a sigh of fulfilment, and anticipation to read more books written by Woolf. Woolf’s books tend to be expressed by readers as confusing, boring and not altogether there, but trust me my readers, this woman is completely there, sharing with us a story that gives deep insight into the minds of others; their thoughts and feelings shared with us like a little secret whispered into out ears. What a breath of fresh air” I thought immediately and then laughed at myself, because it is actually quite old air which has the ability to be revived over and over again since its publication, finally, in 1937. I say finally because it took Woolf five years to write and re-write this novel until she was satisfied with it.

The Years follow the lives of the Pargiter family from 1880 to the present, which is the mid-1930s; noting all the changes that society undergoes, such as the use of the horse drawn cart which diminishes as the first automobiles are introduced. We also experience England being under attack during world war one, in which a sense of eeriness is aroused, here is a description of a blacked out London; “No light shone, save when a searchlight rayed round the sky, and stopped, here and there, as if to ponder some fleecy patch.” As we go through the years, we watch the Pargiter’s grow old and move away from the Victorian era. In “The Present”, we discover the way in which women have gained more freedoms, as Peggy is able to be a doctor, which was completely unheard of in the era the book sets off in. There are not only social advancements in terms of freedom, but also ones to do with the Victorian family. As with Virginia’s own father, Elizabeth, who is the eldest, the glue of the family, is heavily relied upon by her father, it is with her father’s death that she is able to experience true freedom, freedom from the patriarchy and freedom from the Victorian values that Woolf has always tried to sever herself from. She is finally able to live out the life she deserved. Woolf does not only write the female parts exquisitely, but is able to form the shape and mind of a man’s too, displaying her ability to move fluidly between the two.

Many of the ideals, dreams and thoughts that are discussed in the book, also belong to Woolf herself; such as the emancipation of woman, thoughts on siblings, looking to the future, reminders of the past, but most of all, the subject of getting old, and acceptance. Woolf’s earlier works can put off many readers, but with a sharp mind such as Woolf’s, everything falls into their place, and it is hard to miss the point that Woolf is making with this book. Each year opens with an incredible description of the setting, mirroring and progressing with the chapter’s contents as if the words curled and fell from a poet’s pen, allowing a swift movement in thought and feeling. This book must be approached with an open flexible mind which is able to keep up with the changes to and fro, and must be ready to part with the characters at the end of the book which can be quite hard; this is feeling of sadness on our part, but an incredible accomplishment on Woolf’s.