Literature │ From Russia, With Love
A Review of Turgenev’s First Love 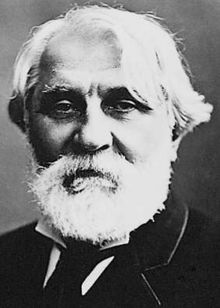 The scene is set, after a party of guests have left and two friends remain seated, they decide to tell one another the stories of their first loves. First loves are meant to be sweet and charming, but as with much Russian literature, we know that nothing is going to be clear cut and easy. The novella’s protagonist, Vladimir Petrovich declares, “My first love was certainly not at all ordinary”, and it is then that we know for sure that we are in for an unusual story.
Ivan Turgenev

The story follows Vladimir’s dizzying love for an old princess’s daughter, 21 year old Zinaida, who lures the 16 year old Vladimir with her charming beauty. However, as we read on, we learn that Zinaida is in fact, not as charming as the 16 year olds eyes detect; but it is hard for a boy at such a young age to look too far beyond beauty. Yet, then again, it seems that age means nothing when it comes to beauty, as Zinaida has men of all ages trying to win her affections, but she only loves one, and that person remains a mystery till the end.

Ivan Sergeyavich Turgenev was born in Oryol, Russia in 1818, and was one of Russia’s greatest playwright and novelists to have lived. He was born into a very wealthy family; his father was a colonel in the Imperial Russian Cavalry, and his mother was born into wealth. Turgenev’s family life was an unhappy one, which can be detected through his character, Vladimir. Turgenev was very conscientious of the social system and the inequalities experienced by the serfs, and believed very strongly in western society, as repressive Russia stifled the individual’s social and political rights. It was this way of feeling and thinking that lead him later to be exiled to his estate. What made Turgenev popular and unpopular at the same time, was that he painted a realistic picture of Russian society, and by doing so, he brought his characters to life, as we see in First Love.

Turgenev sets the novella to a fast pace, which starts out with a quick picture painted of Vladimir’s family and their situation, but Turgenev does not miss anything out by doing this. His words take on a phantasmagorical beat; he does this in a number of ways, and one example is when Vladimir is riding his horse, Turgenev makes each word echo to the softening, then hurrying gallops of his horse. He also shows his talents as a writer and a sociologist by his ability to capture youth with a great sharpness, by being able to cut away all emotions attached to adulthood, and it is this ability to tap-in with each character that makes his writing a worth while read. Although much of the book is focused on his fixation with Zinaida, we also find out just how unhappy he is with his relationship with his father, who will not show any emotion to a son who desperately seeks his love. Turgenev portrays Zinaida as a strong woman who is able to turn grown men into lap-dogs, whilst her mother is an illiterate woman, who was lucky enough to become a princess through marriage, and through each character, a picture is painted of their social status and emotional ineptness. Turgenev too received very little love from his parents, and it seems as though when he created the image of the father and mother in First Love, he was exorcising some lingering demons, but by doing so, he captured both sides of love in a very short space and time. 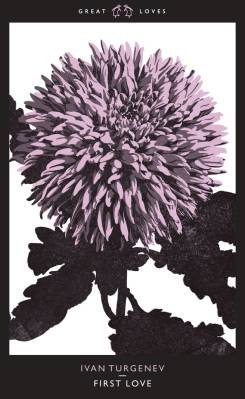