THE INSTANT BY AMY LIPTROT 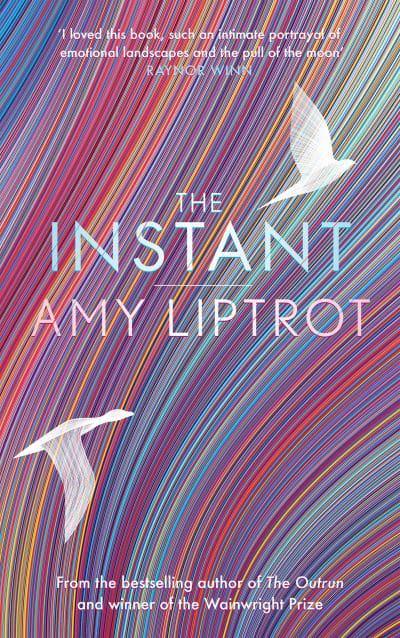 Amy Liptrot once said in an interview that she had always harboured an ambition to write her diaries for a living.  This may be the driving force for her successful ability to take a subject and delve deep into its bone. In Liptrot’s The Instant, it is the moon that lurks above and throughout. Its presence can be felt no matter where you are and for Liptrot, it is Berlin where she follows its waxing and waning movements, she writes ‘I’ve run away  but I find the moon everywhere I go.’  But the moon app is not the only one she has downloaded onto her phone, she has also downloaded tLiptrot is known as a nature writer but The Instant focuses on a different kind of nature- human nature, yes she observes the birds of Berlin and other mammals  but her focus becomes hinged upon the human yearning for connection, for love and animal desires, she said she wanted to ‘…put the sex into nature writing.’ Amongst the wild birds and rogue racoons that draw Liptrot’s attention to early morning risings with a friend to observe goshawks, we are constantly drawn to her yearning heart.

I have read nature writing heavily weighed down with too much science and others that lean excessively on feeling leaving your feet hovering somewhere above earth but Liptrot’s modest sized book cannot strike a better balance than what she has executed in The Instant. This book is like a sharp intake of breath on a sunny yet crisp winter’s day. This is Liptrot’s follow up to the much acclaimed The Outrun now being turned into a film, we get to see a flash of Liptrot’s life away from the island as sobriety unfurls itself, but what is evident is the replacement of one addiction with another, one which most of us suffer with and that is social media. There is a ring of familiarity here in Olivia Laing’s The Lonely City in which we see a fine line between connection and detachment. She writes, ‘In many ways, the internet insulates me from the foreignness of a new place…But when my phone runs out of battery; I’m lost, unable to read the language or locate myself.’

Liptrot’s writing is like an enchantment and that is down to the way she observes life, a club becomes a setting underwater as people morph into sea creatures and her own movements become aquatic and she is finally able to locate herself. We can never truly see every part of a person’s life, no matter how large the panorama and so what we perceive is exactly what the title of the book declares to be, it is merely an instant.