Literature │ “Your Life together was purely chance.”

A Widow’s Story by Joyce Carol Oates
By Zehra Cranmer 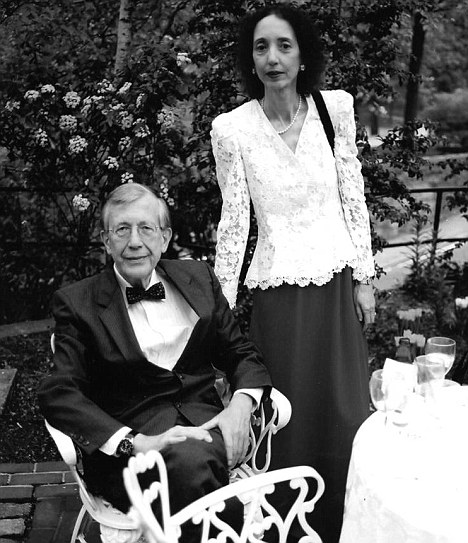 “No one ever told me that grief felt so like fear.” These are the words of C.S.Lewis in A Greif Observed, published in 1961 under a pseudonym. Lewis wrote this after his wife died in order to make sense of his grief; of the thoughts that passed through his mind and the feelings that shocked him. Oates’s memoir is a portrait of a marriage and the portrayal of grief; essentially it is what she names her last chapter, “The Widow’s Handbook.”

Joyce Carol Oates had two personalities, and I carefully choose the word had because she remarried about a year or so after her husband’s death and in a way, obtained a third (a judgment I learnt quite rapidly not to pass upon her). She is Joyce Carol Oates, the writer who has produced well over fifty something novels, short stories and essays, but she was also Joyce Carol Smith, the loving wife of Raymond Smith. These two personas become important to her survival as she can escape into the other when the pain of her husband’s death becomes excruciatingly unbearable. One quickly realises that these two personas have always been about in her marriage, as Ray who was an editor, never read any of Joyce’s fiction. There had always been a fear of discovering her inner thoughts; thoughts that had been conjured during moments of loneness and the freedom that comes with the solitude of writing. Ray’s death was sudden, and after forty-seven years of marriage, the things that had been left unsaid would haunt her along with the many ghosts that are conjured up after a loss.

What is it that one wants from their spouse after they cease to be? Do they wish the other to continue their life as usual, to mourn their loss but to live and love again? Or would they prefer a more sadistic outcome, one in which they feel pain, to suffer and never move on? Maybe it is a bit of both, for one would never desire the one they love deeply to suffer after your departure. There are many, like myself that hope when the time comes, they will exit the mortal coil together, but that is terribly unlikely. This memoir is riddled with gut wrenching pain which is enough to cripple; of searing suffering to the point of suicidal thoughts which are cast by what she refers to as the basilisk that is constantly present, lurking in the shadows as it casts out thoughts and feelings of guilt.

Everyone’s experience of life is different, but we do share common thoughts and feelings which is why I imagine this memoir to work well in the hands of a grief stricken sufferer as well as those of us who have not experienced it. Elements of black comedy take over in moments when she is bombarded with food baskets and cards of condolence to which she knows by social standards should be returned with yet another card offering her own appreciation, but how is one able to do that when suffering alone with the basilisk that keeps telling you that everything is your fault? Or as she puts it; trying to suddenly function without a right leg or right arm.

What this book does execute, is a sharp poke in the ribs, a reminder of how precious every moment is with a loved one, even when you are not aware that it is essentially a moment. In dark suicidal moments, she is able to take solace in others who have felt such agony, she even took solace in the words of Nietzsche who wrote, “The thought of suicide can get one through many a long night.” It is this very option that allows Oates to continue another day, but soon finds it impossible to even contemplate when she realises that she has a wonderful network of friends.

These pages are filtered with ghosts, the ghosts of a married couple, a past long gone and a future without the other. Although she desperately seeks for a deep reasoning for grief within the big picture, it is towards the end that she discovers that there is no hidden meaning, she writes, “Though I am writing this memoir to see what can be made of the phenomenon of “grief” in the most exactingly minute of ways, I am no longer convinced that there is any inherent value in grief…” Even if you do not manage to make it all the way through this book because you have found yourself fighting your own thoughts and hating every second of it, it is worth reading the very end where Oates parts with the most important morsel of wisdom, a gem if you will, one that you will have to read with your very own eyes.