We had endured a week of rain and that night as I sat on the floor preparing a craft project to do with the eldest the next day during the younger one’s nap time was when the husband and I decided we would join some friends to go camping at the Into the Wild Festival. After pressing “buy tickets” I stared out into the bleak night, the rain drop patterned window and chill in the air made me secretly say in my head “ what have I done?”  Obviously I didn’t tell the husband that, not after spending the money… That night, I had a nightmare, I couldn’t even tell the husband what it was about because it was too horrific but it was an anxiety dream and so at 4 am  as everyone slept around me, I frantically wrote to the festival “please can I get a refund because of blah blah blah” even though I knew they didn’t issue them. I then frantically emailed Lucy with all my reasons and how I needed convincing it was going to be ok! My list included; what if it’s too cold at night? What if the toilets are too unbearable for the eldest, portaloo flashbacks from my previous festival visits still lingered in my mind. I still dream of those deep toilet pits they had at Glastonbury, the one where you have to climb a very high platform to get to. I had fears of falling into them. I have anxieties over toilet cleanliness. Lucy replied “go, you will have the best time!” I closed my eyes again around 5:30 am filled with dread and fear.

In the days that followed, I reminded myself of the word I had chosen for the year, it was “brave” this was an example of the kind of situation I would long for yet steer away from. I was getting so fed up of being that person, it was tiresome. I began to embrace it. I contacted  Hannah Bullivant whom I knew to be an avid camper, for advice on kids bedding, mainly for the baby. I settled for a baby sleeping bag which I had stopped using as my little one is awfully particular about being enclosed. He detests hoods, hats, jumpers with zippers and anything that contains his feet, so an easy child- haha! After sifting through my favourite children’s clothes shop for warm nightwear (Mama Owl) I found and bought the baby a merino wool all-in-one so my mind was at ease. I also read and paid close attention to Hannah’s list of camping/festival must pack which is worth looking at.

And how was it you ask? It was fantastic is my reply! The children truly went wild. They shook their bodies to the constant drum beat around the many communal fires where people danced semi naked  and freely. They joined parades that led onto plays. They ran with friends through the woods past fire making workshops, drum /didgeridoo classes. Branches holding dream catchers and wooden mobiles span in the air above them as they clambered onto a rope to swing on. We sought refuge in the woods for the sun beat heavy upon our heads and backs all weekend and so we sipped cold lemonade that had been infused with black cardamom and munched on melon slices which wet and cooled our chins as we visited the land of fairies. I managed to enjoy a yoga class with a few mums we went camping with and it was heavenly. I lay on my yoga mat on my back and watched the beautiful blue sky  dotted with white clouds. I was blissed out for an entire Hour. 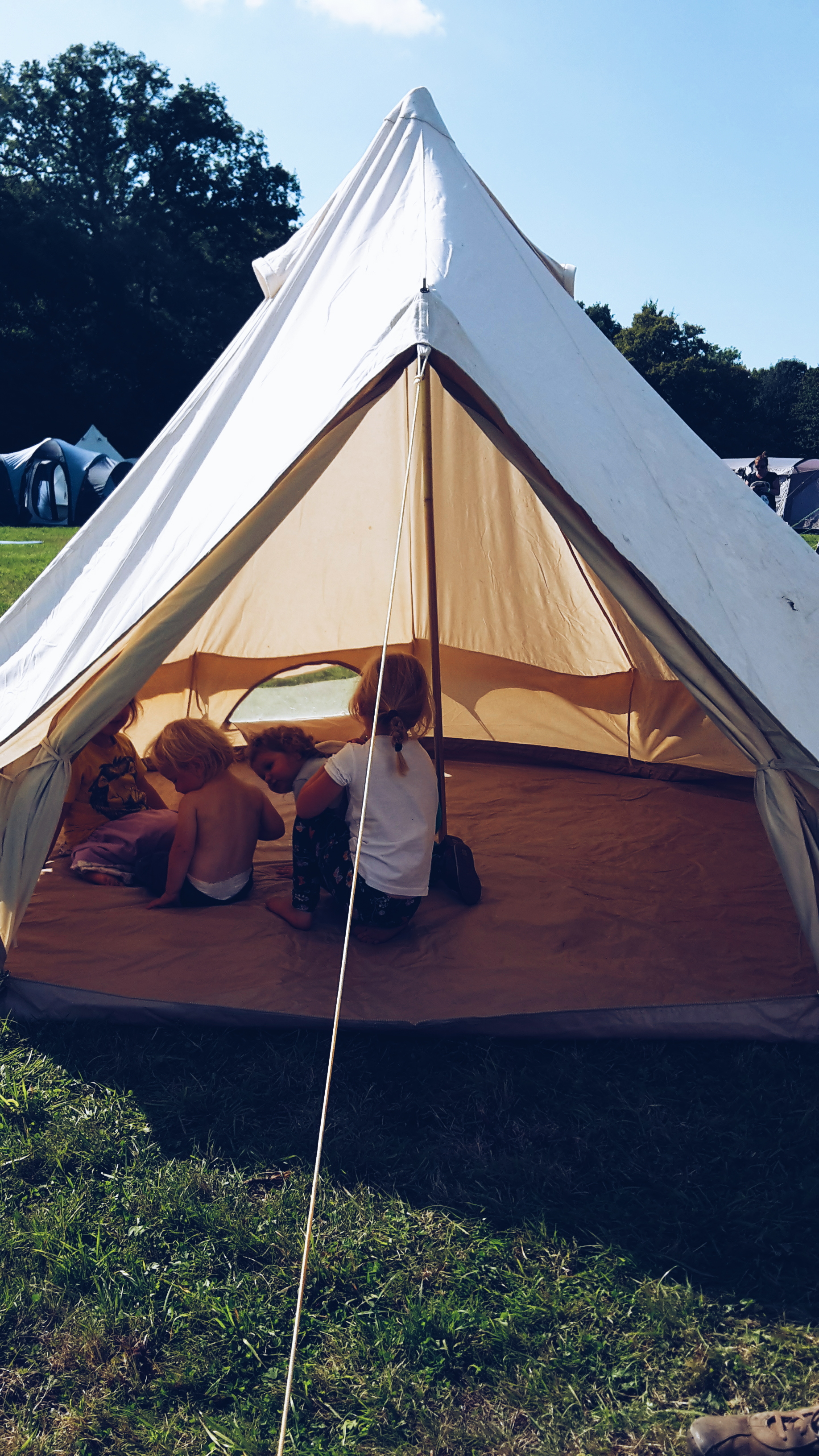 The festival is a no alcohol no drugs one so it was perfect for taking the kids to, but also the loos, oh my gosh, they were bearable,  composting loos which you had to take a cup of saw dust to and my festival toilet nightmares had been remedied! Go composting loos! which will in 2 yrs time return to the earth.   We found ourselves going to bed and staying there once the kids went to sleep which was about 9 pm.  Unfortunately, it was unbelievably cold! I couldn’t work out why the bell tent we had borrowed was as cold as a fridge. My fellow campers were surprised and lent us more blankets which kept our feet toasty and I slept in my hat, I cannot abide cold ears! On the Sunday night after bedtime stories told in a circus tent, we packed up and came home in anticipation of the car park problems that may incur the following day on the hottest day of the month! Showered and warm in our bed , I thought of my children and all that they had experienced. My first festival was when I was 16, theirs, before 6! My daughter woke up and declared she wanted to live outside, we were all craving the outdoors, the woods in particular for me. Would we do it again? Yes, yes yes! But I’m dreaming of a camper van, a bit pricey! Now that we’ve experienced camping for the first time as a family, it will definitely be happening next year. We did it, we were brave and made fantastic memories. Sometimes you just need to open those doors and take a plunge. 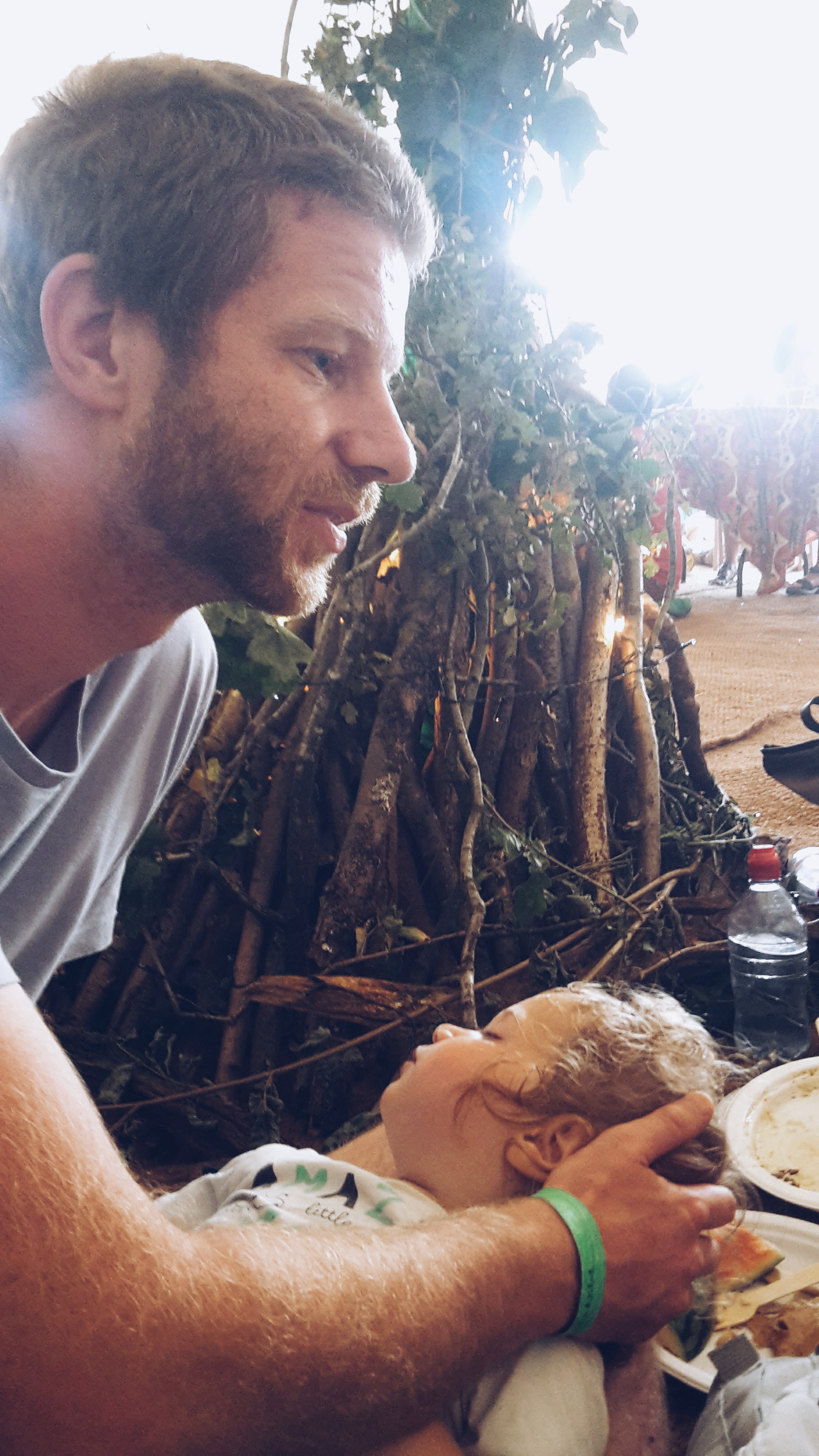 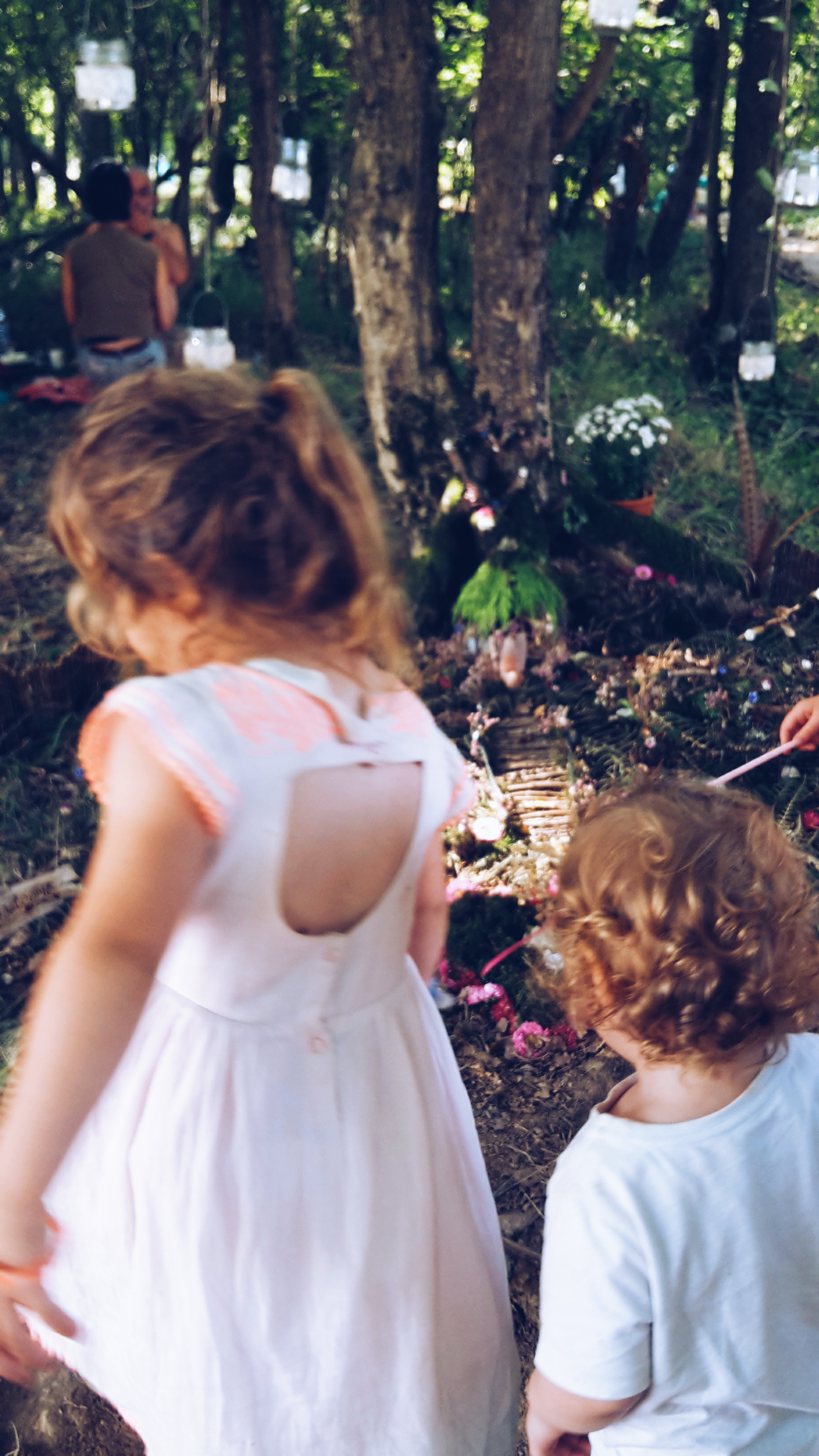 Id wrist bands for the kids with our phone numbers

Baby’s nightwear (this one from Mama Owl)

Ear defenders (didn’t use in the end)

Bunting (placed between two of our tents to mark out where we were at a quick glance and was pretty!)

Pillows and blow up beds (2 doubles)

Pasta and a jar of pesto

Enamel mugs & cutlery and a pan set I had bought when  I was 16 for my first festival!

And there you have it! If you are planning or hoping to do a festival with the kids, this is a very friendly one, but also small. We were able to walk back and forth to the tent with super ease. I say, be brave if you’ve been umming and ahhing over it and do it with friends!