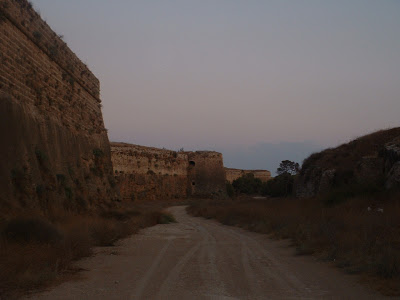 If you relax and lie on your back, the current could take you all the way to Egypt, the soldiers use to do it,” my father said as he taught my sister and I the magic of being able to make oneself unaware of the body’s need to touch the sea floor and drift with the waves. Among all of our visits on the land, we spent a lot of time enjoying the beautiful salt water which varied from beach to beach. Famagusta’s water’s offered us beautiful silk waters which came with water bugs which seemed to enjoy feasting upon one’s flesh, but they were forgiven. Salamis waters were beautiful accept for the sharp rocks that remained there from the old city. The delicious water that was said to heal all ailments lapped up around us, taking a hold that one did not want to let go of, but of course, one has to leave the water at some point.

In this last segment on Cyprus, I would like to share a story which touched me deeply and it is the story of the great Canbulat Pasha. We had spent a lot of time within the beautiful city walls of Famagusta, walking through the markets and looking at the beautiful mosques, and we eventually found our way into the Canbulat museum within the walls of the city itself. I had read about the great Canbulat Pasha from my trusty guidebook and to say that I was in utter bewilderment and awe when I read these lines is filtering down the truth to say the least, “During the historic siege of Famagusta by the Turks in 1571, the Venetians had placed a special machine at the narrow entrance of the Arsenal, south of the Customs House. This machine had a wheel covered with knives that cut to pieces many a Turk who tried to force his way through the entrance. General Djamboulat Bey, one of the bravest Turkish generals, decided to destroy this machine. He dashed his white steed straight at the machine and put it out of action at the cost of his on life…There grew a fig tree from his grave.”

As I stood under the bronze statue of Cambulat Pasha, mounted upon his trusty steed, I closed my eyes and tried to imagine the thoughts of this incredibly brave man. I could hear his heart beat faster as he suddenly knew what he was going to do, and I could suddenly hear his thoughts. This was a strange phenomenon for me, we all hear of battles and brave men, but this particular story stayed firm and strong with me.

As we walked outside and around the city walls, my mother pointed out to us the spot where she had dropped her school books as a child and how she had to run all the way around to pick them up. We heard many stories about these walls; father looked forward to showing us the cannon balls which remained wedged deep within the stone, but it was difficult to see from the angle we were at. “We can drive down there,” he pointed, where the trees grew and where a moat would have flowed. “Down there, are you sure?” my sister and I hesitated at the thought of going to the place which had unfortunately become a suicide hotspot.

We made our way to the bottom and started at the base of the walls. Our hearts pounded as our car drove on the uneven dirt track, trees spreading their limbs over our car, forcing us to close our windows in haste. Were we doing the right thing? Was the question on all of our minds as we noticed the sun slowly dip. Once we were past the narrow entrance and crowded trees, the path opened up and suddenly we were encompassed by the overwhelming walls. Unbelievably large rocks lay about near the walls, reminding us of the inconceivable sublime essence of nature which made us feel so utterly small. We were the only car down there, and it began to feel more terrifying; thoughts of battles, death and spirits began to evade our minds as the light dimmed more. “Be careful it’s so narrow” my mother held onto the dash board peering at the dips and sharp stone, we didn’t have a spare tyre and it was only a matter of ten minutes when we’d be plunged into complete darkness. My sister and I jumped out of the car to take a picture, as seen above; we took one each, too afraid to remain outside of the car more than needed. We shook in sheer awe, as the path grew dimmer and the stones became larger. Small windows and entrances looked out of the walls like black eyes, making the hairs on our arms stand on their ends. It wasn’t a surprise that we breathed out a sigh of relief as we drove to the exit. “Can we do that in the daylight next time,” I put my hand on my father’s shoulder, voicing the collective thought, “oh that was nothing,” my father responded, forever the brave Turk!

We returned, exhilarated telling our family what we had done, and they were strangely shocked, telling us of the recent suicides and one of the spots where a woman had threw herself off the wall, a spot where my sister and father had climbed to earlier that day.

The next day, in the broad daylight with the sun offering us hope and security once again, we returned to the walls so that father could show us where the wheel of knives would have been, as I stood there I closed my eyes once more, contemplating and offering my own little prayer to the great Canbulat Pasha and hoped that I could take from the walls and ground I stood upon, a mere ounce of such bravery. 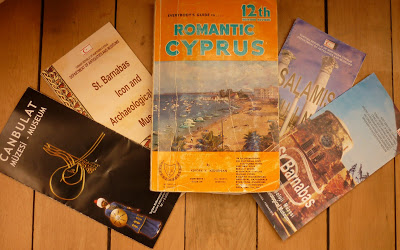