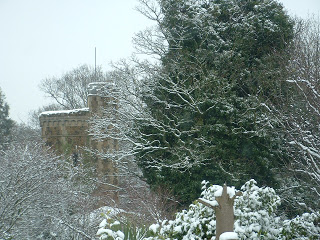 And here we are, here I am, snowed in, on top of my hill,  unable to go out due to getting ill the first time the snow had settled in, just a week ago. I was going to put up a poem on the snow, but chose a poem by Janet Frame.
“Poets” by Janet Frame
Poets are not afraid to drown.
The dry people of the dry world walk on
wanting to dive in yet not having learned
to swim or administer mouth-to-mouth breathing.
The poet is a poor fish, they say. Leave him.
O Tom Dick and Harry
Mabel Mildred and Cora
what is that tide flowing out of the room and into the street?
Somebody’s best-kep words have got out.
We are in danger of wet feet!
O Tom Dick and Harry
Mabel Mildred and Cora
from foot to ankle to thigh
(Oh! hot on the scent of me, a rude noun!)
higher and higher the tide is flowing
and we are not fish rich noe poor
and we can neither swim nor drown.
Posted in:
Tags: POETRY
/ 0 Comments