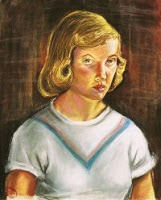 My discovery of Sylvia Plath was by accident at the age of fifteen; I had been browsing the shelves of WHSmith for anything that would catch my attention, when I found a book lying on its front, wedged on top of another book, almost falling to the back of the shelf. I turned it around to find it was The Bell Jar by Sylvia Plath. It was the first time that I had heard her name, and therefore knew absolutely nothing about her. I read the back, and it was these words that intrigued me, “…it broke existing boundaries between fiction and reality and helped to make Plath an enduring feminist icon. It was published under a pseudonym a few weeks before the author’s suicide.” The fact that this was possibly one of the last things that she had written made me believe that I could somehow unravel a mind that was so near the edge. Yesterday, the 11th February was the anniversary of Sylvia Plath’s death, had she not tragically taken her own life in 1963, she would have been 77 years old this year. Many question her integrity as a writer, whether she would have been as famous had her life not been cut dramatically short at the age of 31, or if she was pitied for being married to the great poet Ted Hughes who had cast a shadow upon Plath’s writing career and claimed to have mistreated her. The best advice, from one reader to another, is to look at her work for what it is.

Her words of poetry bleed from the page onto the reader’s heart as she gives us the keys into the secret life of a daughter, a wife, a mother, and a poetess. When I first read her poetry, it was completely different to anything that I had ever read; it was different to pastoral images conjured up by Wordsworth, or lost innocence by Blake. What I read was something different altogether, it was raw, full of anguish and anger, yet there was a strong sense of a calm voice in the midst of it such as the poem “Lady Lazarus” published in Ariel, after her death; the poem is an account of her failed suicide attempts, in which she declares; “Dying, Is an art, like everything else. I do it exceptionally well” Just through these lines, we are able to understand that life for her has become one long, tedious job. As her depression takes a hold of her, Plath’s life turns immediately into a struggle in which she finds herself drowning in, but not completely, she hangs on long enough to share her experiences with us.

Plath should not be thought simply as the depressed poetess, as she is more then capable of producing funny and witty poetry as seen in “The Applicant” where she delves into the roles within a marriage, “Now your head, excuse me, is empty. I have the ticket for that.” The woman is turned into an object that is put on the earth to fulfil her marital obligations, “To bring teacups and roll away headaches, And do whatever you tell it. Will you marry it?” This use of imagery in which a human is dehumanised is a constant theme through her poetry, especially of women. The theme of a women being trapped in a man’s world is a theme that runs deep in The Bell Jar as her fate lies in their hands at the end of the book, as they are the ones to decide if she is sane or insane.

When one reads much of Plath’s work, they find themselves reading it at a fast pace, much of her poetry becomes a chant as she controls the rhythm and beat of each stanza. Her voice becomes forceful in “Daddy” as she talks about the Nazis, we can even see their shiny black leather boots stomping and crashing, what Plath is able to produce is a strange sense of controlled rage and agony. Through much of her pain which becomes clear throughout her poetry, she remains, at all times a true master of her poetry’s dialogue, as well as her prose which too is submerged in poetic image. With poetry in mind, and the words of a brilliant poet, I leave you with an extract from The Bell Jar; “Piece by piece, I fed my wardrobe to the night wind, and flutteringly, like a loved one’s ashes, the grey scraps were ferried off, to settle here, there, exactly where I would never know, in the dark heart of New York.”